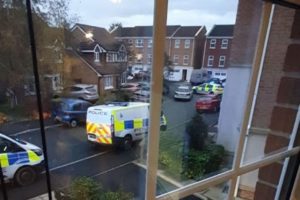 An Explosive Ordnance Disposal (EOD) team undertook a controlled explosion after an unexploded mortar shell was found in a skip in Horwich near Bolton.

Local residents were initially evacuated as Police secured the scene and called in the EOD team.  The evacuation was lifted after the EOD determined the nature of the device, which was then safely detonated.

Unfortunately is not uncommon for Unexploded Ordnance (UXO) to be found in waste or recycling streams as people look to rid themselves of potentially hazardous souvenirs.