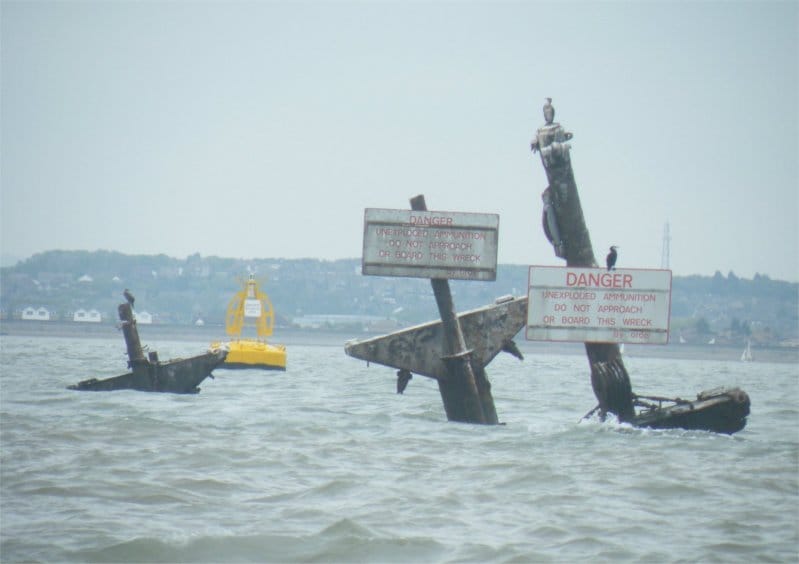 A paddleboarder has left himself vulnerable to criticism after he released a photo of himself posing against the exposed masts of the SS Richard Montgomery, a military wreck in the Thames Estuary carrying an estimated 1,400 tonnes of Unexploded Ordnance (UXO).

Despite the clear warning signs, the man in question felt it appropriate to visit the wreck, which is given a wide berth by maritime traffic and is heavily marked on hydrographic charts. It is one of several military wrecks within Britain’s estuaries and coastal waters and easily the most dangerous. Numerous proposals have been made to try and clear or ‘dispose’ of the US Liberty ship which ran aground on a sandbank in 1944 with thousands of munitions aboard ultimately bound for France.

All such wrecks are detailed on maritime charts and any UXO risk assessment for offshore developments must take into account their potential to provide a source of hazard to a site. In the meantime, the wrecks are carefully monitored to ensure that vessels don’t stray too close to a potential disaster zone. Stopping lone adrenaline junkies from nosing around such sites, however, is providing a greater challenge.